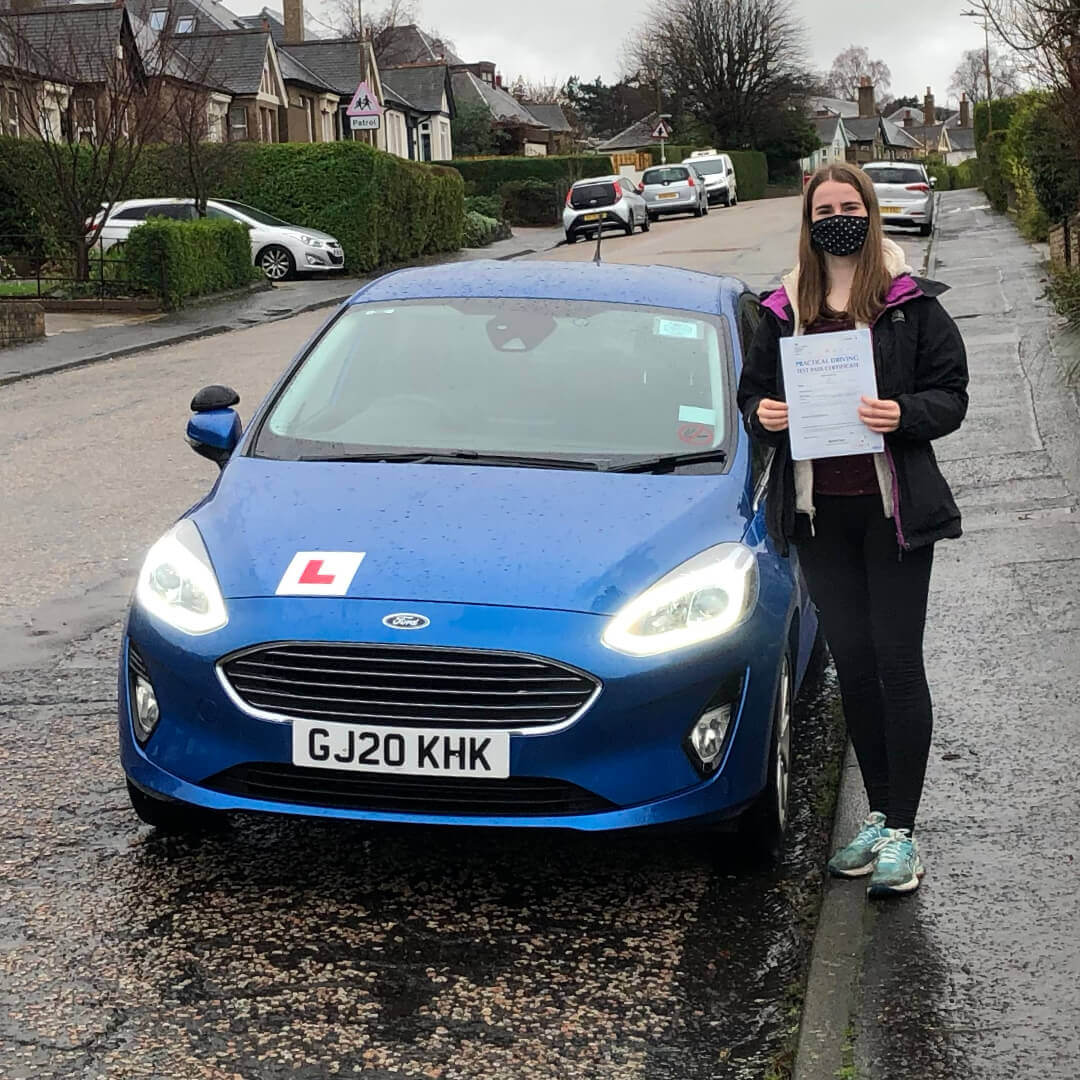 Rachel began driving lessons as soon as driving lessons resumed after the Coronavirus lockdown. A few years earlier I had taught Rachels brother Ben who had passed his driving test on his first attempt. So we were hoping to follow in Bens footsteps. We carried out weekly driving lessons, Rachel also practiced between driving lessons regularly which really helped to speed things up. After a few weeks of going out Rachel had covered everything and all we needed to do was wait for her to get a theory test done. Rachel managed to find a theory test for mid November which was great, we dropped driving lessons down to every second week to try and time everything for sitting her driving test. After doing well in her theory test it was time for us to get the driving test organised. Rachel managed to find a cancellation in Edinburgh at the Currie test centre. The day before it had been very heavy snow followed by really heavy rain this was good as the snow was disappearing fast, however there were huge puddles and mini floods everywhere. During our practice the hour before her driving test we went through lots of flooded areas which was great practice. As I stood waiting for Rachel to arrive back from her test in the pouring rain I was really confident that  she could do well. Not only had Rachel passed! She had done it with no faults so with full marks! Well done Rachel.