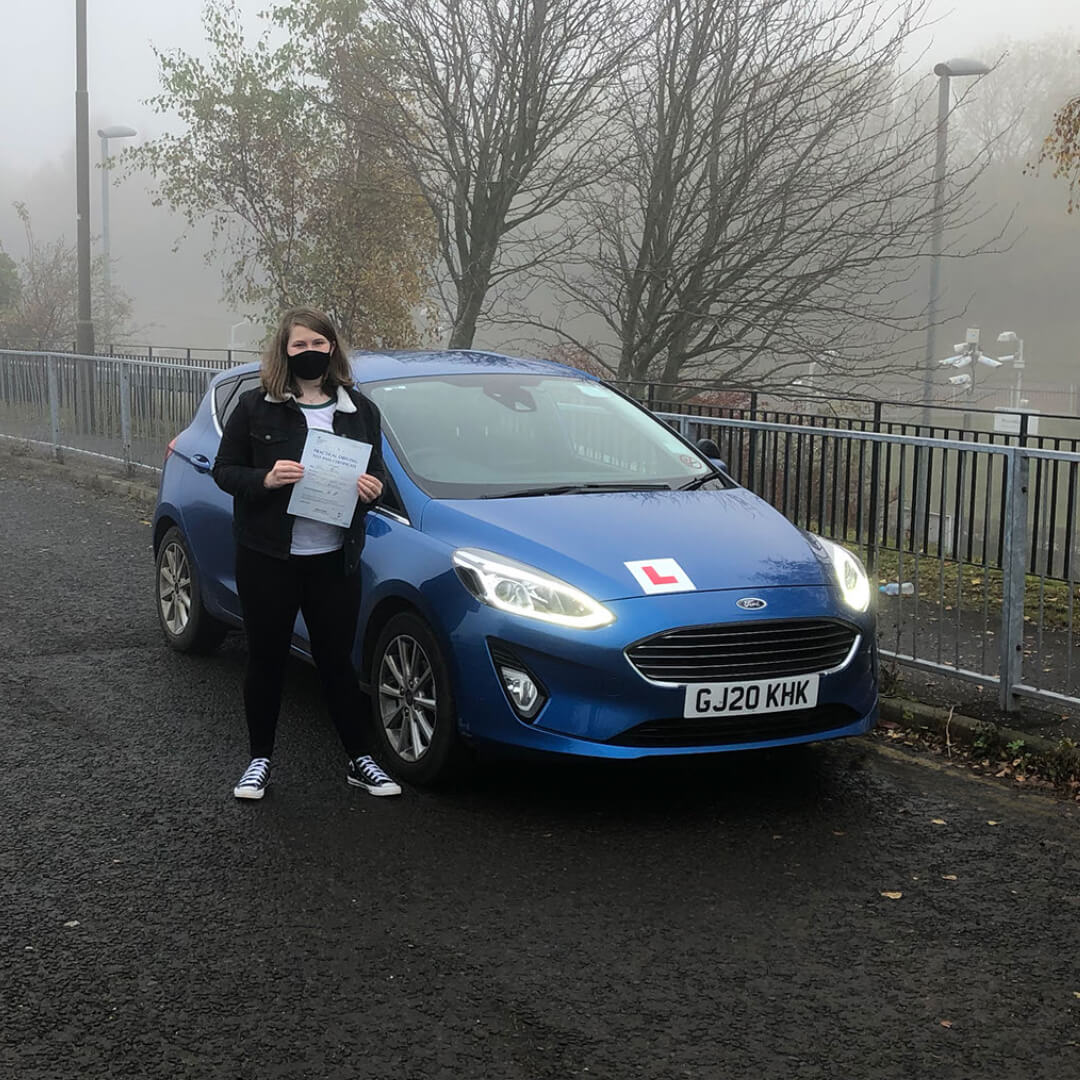 After completing school Chloe took on the new challenge of learning how to drive. Living in the Buckstone we began looping around her housing estate which is actually pretty big and has plenty of challenges from street to street. After getting to grips with estates not before too long we were out on the roads looking for new challenges. Chloe did really well with asking questions and making sure she understood each area. After each lesson, we would plan out what we were going to do on our next outing and see if there was anything from previous lessons that Chloe wanted to go over again. The lessons really started to come together and Chloe was really building momentum with her learning. After successfully completing her theory test she managed to book and line up a driving test for June which would set her up for the summer. Unfortunately though driving lessons came to a stop with Coronavirus and everything was cancelled. After being organised when the driving test booking system opened again Chloe managed to book a driving test for October. This was exciting and wasn’t going to be far away, one week before her driving test however she received an email saying that the driving examiner was no longer going to be available and her driving test was now going to be in November. This was annoying but Chloe kept up with driving lessons and we just kept perfecting things so she would hopefully be all set for the day she got to sit her driving test. I was really confident and Chloes did not disappoint passing her driving test on her first attempt, finally getting the freedom she has been waiting for.