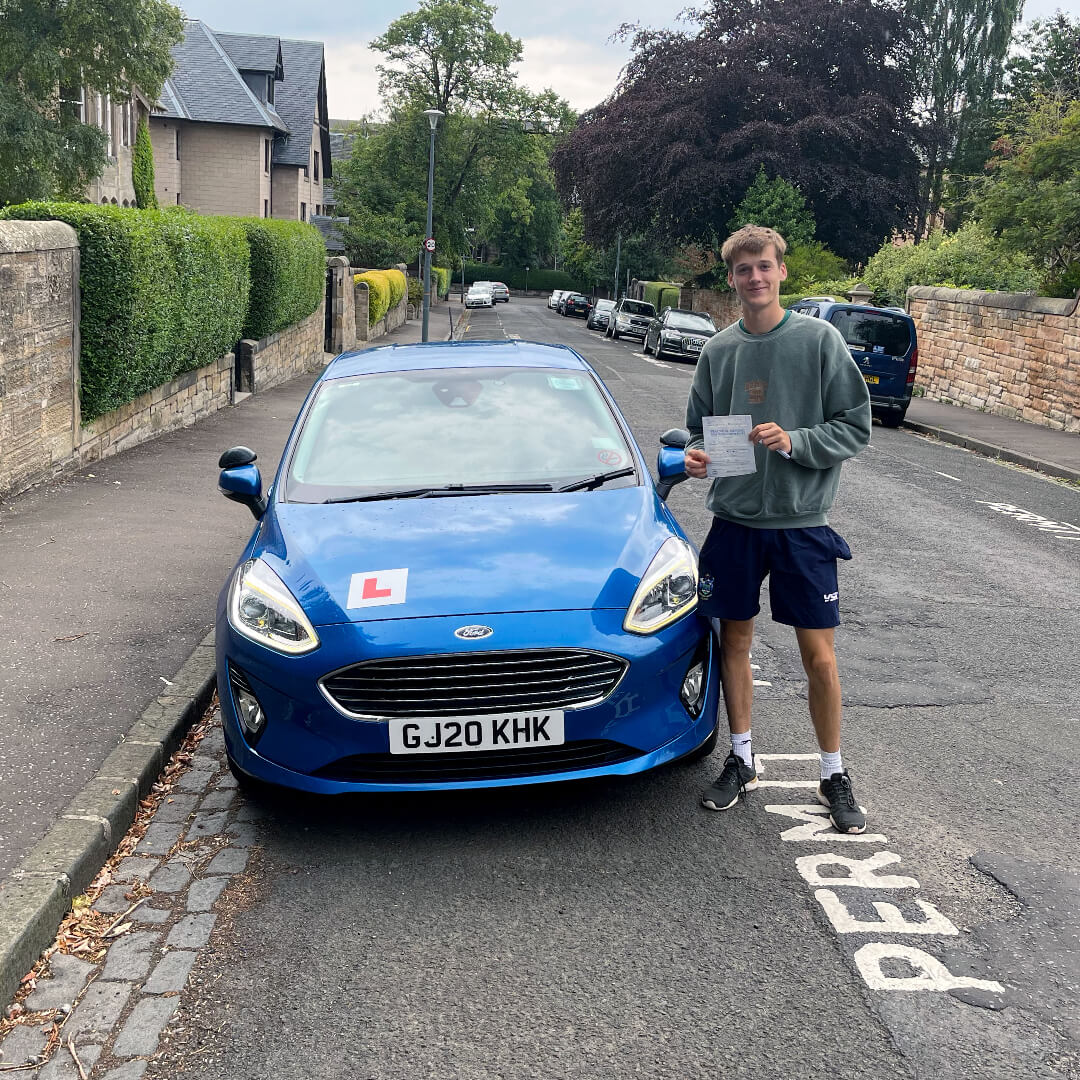 After successfully getting Henry’s brother on the road a couple of years ago in Edinburgh, it was Henry’s turn to see if he could do the same. Henry’s mum got in touch and arranged for him to start just after he turned 17. Just finishing fifth year we fitted driving lessons in after school. Henry had a hectic schedule with tennis and hockey commitments and school.

Not long after we started diving lessons  Henry was on easter holidays which meant that we had a bit more options as to when we were both free to go out driving, then shortly after henry was on exam leave from school so driving was a nice break from revision.  Henry picked things up pretty quickly and could take in lots of things about driving on the move. This helped us progress quickly and talk about lots of scenarios while we were driving around.

After successfully finding and passing his theory test we were ready to see what we could line up for Henry’s practical test. It was great as out with driving lessons Henry was getting to go out driving regularly with his mum and dad. This made a noticeable difference from week to week. Henry was getting to drive to and from hockey practice as well which was really beneficial as it will be a journey he will do once he has passed.

After carrying out a few mock driving tests and fine-tuning the final details Henry was getting very consistent with his driving during lessons. He managed to find and book a driving test for the end of July and we had a few weeks to make sure he was ready for the test. In the last driving lesson, we just did a little bit of everything making sure Henry was feeling relaxed and fully focused on what was to come.

This must have worked as not only did Henry pass on the first attempt he did so with no driving faults at all. Well done.