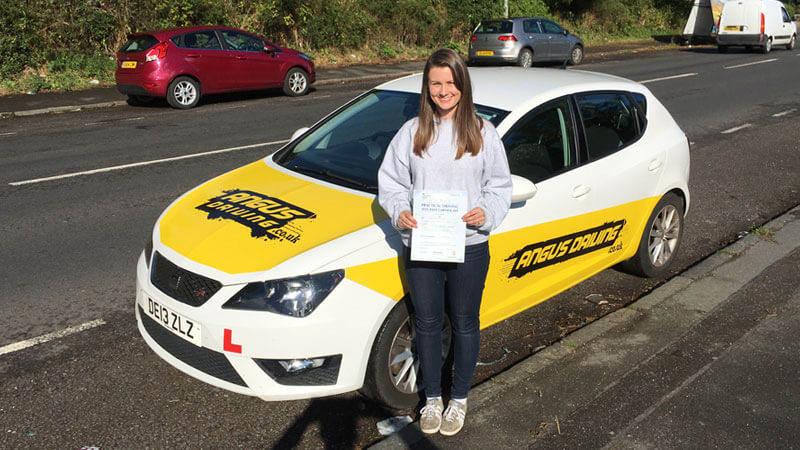 Emma had already done some driving lessons when we started, she had been driving around Peebles with her dad and had been doing very well. Emma had passed her theory test and was getting ready to sit her driving test when a netball injury unfortunately occurred leaving Emma on crutches and unable to drive. After recovering from her injury the driving test waiting list in Peebles was right up until the end of the year and it would be around Christmas time that the next test was available. We discussed that Edinburgh was an option and after a think Emma decided that she would try sitting her driving test in Edinburgh and see how she got on. We arranged to meet at Hillend and start driving lessons from there, Emma’s dad joined us on some of the driving lessons, this was great as then Emma and her dad could practice similar things outwith driving lessons. Emma managed to get a driving test in Edinburgh at the Currie test centre booked for the first Sunday of September. A few weeks before we practiced doing a mock driving test this really helped as it prepared Emma for exactly what was going to happen on the day. Not before long September was here, we decided to do one final practice including  all of the roundabouts on Calder road in Edinburgh and hoped Emma would be able to handle the pressure of the driving test. On the morning of the driving test Emma drove really well around Edinburgh and there was no reason if she drove the same that she would not be successful. Emma managed to do just that passing her driving test first time in Edinburgh with only two driving faults. A great result! Well done.