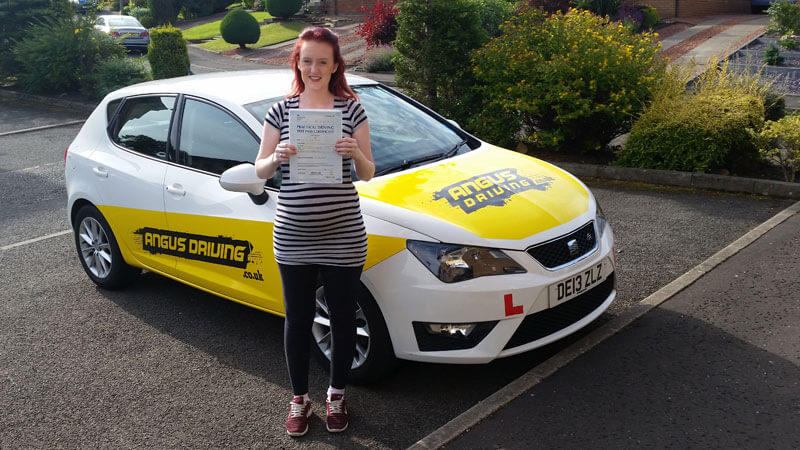 Isla started driving lessons at the end of February this year. Shortly after starting driving lessons she had the very exciting news that she was pregnant! This gave her even more motivation to get driving as it would make things so much easier for her when she had her baby. We carried out driving lessons in Edinburgh and after a few months Isla was lucky enough to get her own car. This meant she could now practice with her dad in between driving lessons. This would speed things up a lot. As we came towards Summer Isla passed her theory test and now had the challenge of trying to find a driving test as soon as possible so she would be on the road long before she had her baby. Isla managed to find a driving test in early August. We kept the practice up, and often when I was out and about I would see Isla out driving with her dad which was great. On the morning of the test I collected Isla first thing at 7am. Isla didn’t want to tell anyone that she was away to do her driving test so told her boyfriend she had a very early driving lesson, she was very surprised that he didn’t even question this. Isla did extremely well passing first time with only 3 driving faults! A great result, and brilliant to be all set up before her baby arrives! Well done.