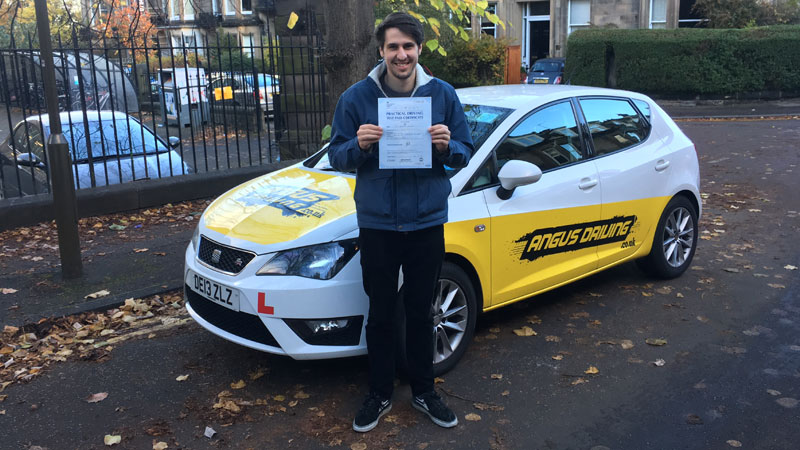 A few years ago I had the pleasure of teaching Thomas to drive and he had recommended me as a driving instructor for his friend Lewis. Lewis had learnt to drive a bit when he first turned seventeen but had never seen it all the way through to the end. We picked things up and attempted to fill in the blank spaces in Lewis’ driving knowledge. Lewis was great to go out with he seemed to understand everything that we talked about, and progressed very quickly through driving lessons always asking lots of questions to strengthen his knowledge. Having already passed his theory test it was just a case of as soon as Lewis was ready for the driving test we could book it. We carried out a mock driving test around Edinburgh in the Currie area to see how Lewis got on coping with the pressure and driving on his own. He had a few mistakes but nothing that was going to slow our progress down. Lewis managed to find a driving test at the Currie test centre for the start of November. It was an early test time that Lewis had managed to find so I collected him first thing at 0650am, starting in the dark as we drove around the sun slowly came up, unfortunately it then stayed at eye level for the rest of Lewis’ driving test! Even with the low sun in his eyes Lewis managed to pass his driving test with only two driving faults, well worth the early start.