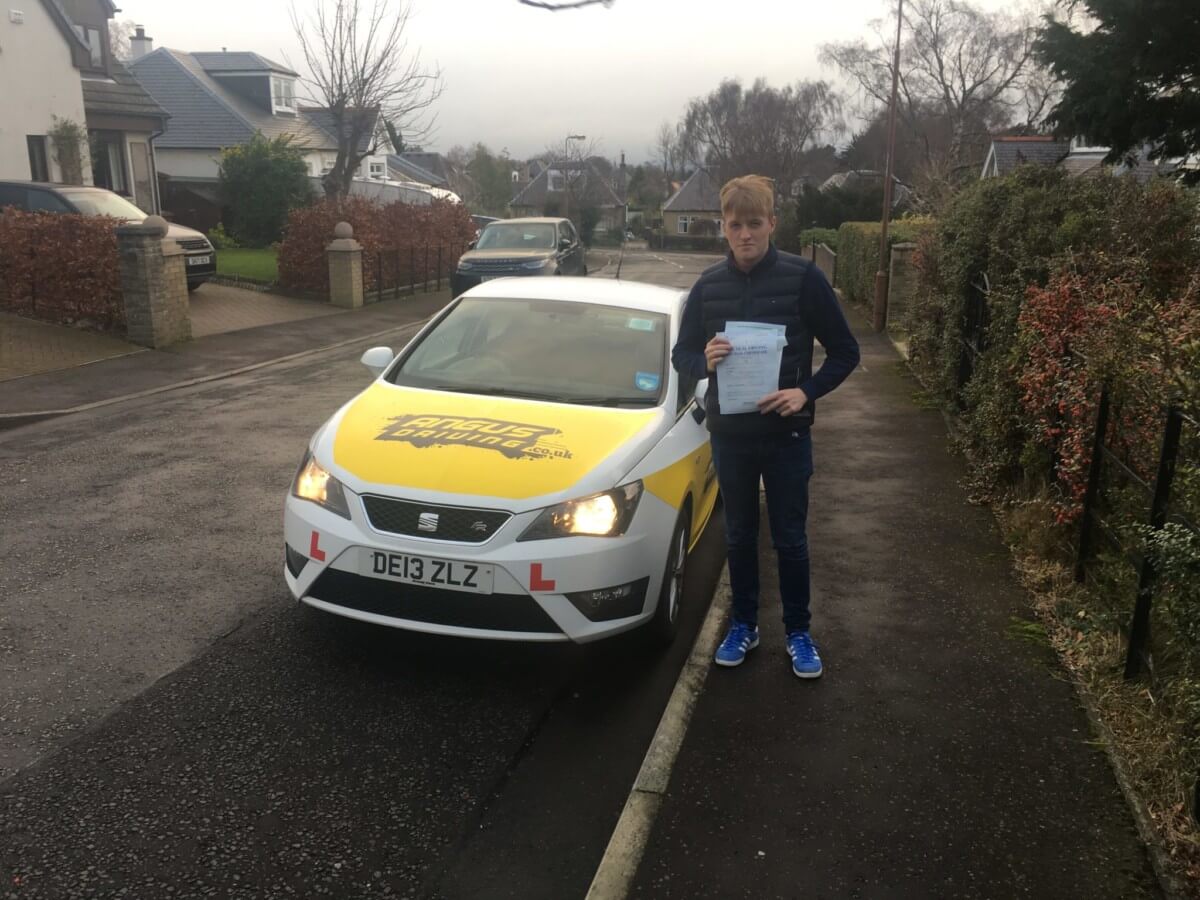 Cameron’s mum organised for him to begin lessons as soon as he turned seventeen. Having never driven a car before we started from the very beginning. Cameron was a very fast learner and really took in anything we talked about during driving lessons. You could then see him applying different learning points during driving. At the weekends Cameron went out practising with his mum and dad in an Arnold Clark dual control hire car. The extra practise helped consolidate things we had been doing while driving around Edinburgh. Keeping the momentum going Cameron booked and passed his theory test just a few weeks after his birthday. This set us up to book the driving test as soon as we were ready. We tried a mock driving test and Cameron did really well even when I took him into an area we had never driven through. We were both happy and decided it was time to go for the real test. We booked for the sixth of December, this was on the first  week of the new driving tests so we were both going in blind. After practising everything we had read, and applying as much common sense as we could I felt if anyone could do it it would be Cameron. I explained to Cameron that after completing the test I wanted a full report on everything. Haha. I waited for his return to hear how he had got on. I was delighted to hear he had passed with only one driving fault. Then on the drive home he managed to tell me everything I wanted to know.  What a success well done Cameron.