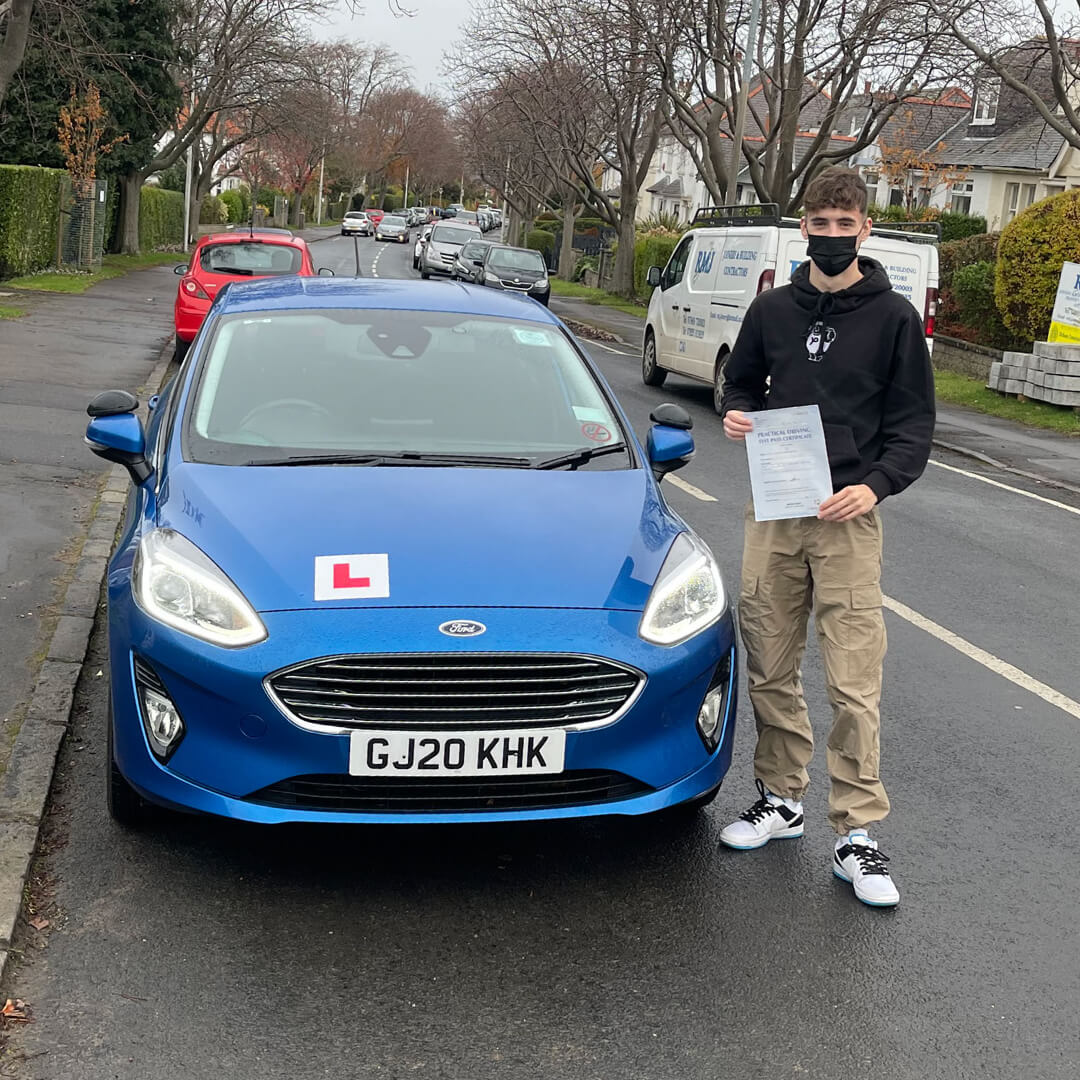 Lewis got in touch looking for a driving instructor in the Craiglockhart area of Edinburgh. He had already completed a number of driving lessons with another instructor but felt like he would benefit from a change. In our first driving lesson, we had to try and work out what skills Lewis already had and if there were any areas, in particular, we could build on. The Craiglockhart area of Edinburgh has a lot of great areas in and surrounding it which we used to work out and develop Lewis’ skills.

After going out we soon came up with a plan that I felt would progress us quickly. Lewis was a very fast learner and also between driving lessons often went out practising with his mum and dad, this really helped consolidate things as practice makes perfect.

Lewis was in the fortunate position of already having passed his theory test so we decided that the way we would work the driving test was to just continue bringing things together and when everything was really good and consistent, at that point we would try to find a driving test cancellation.

As time went by we also carried out a number of mock driving tests during lessons, this sharpened things up and let Lewis really think about the small details. It obviously worked as Lewis went on to pass on his first attempt in Edinburgh. Giving him the freedom to come and go from Craiglockhart whenever he pleases well done Lewis.