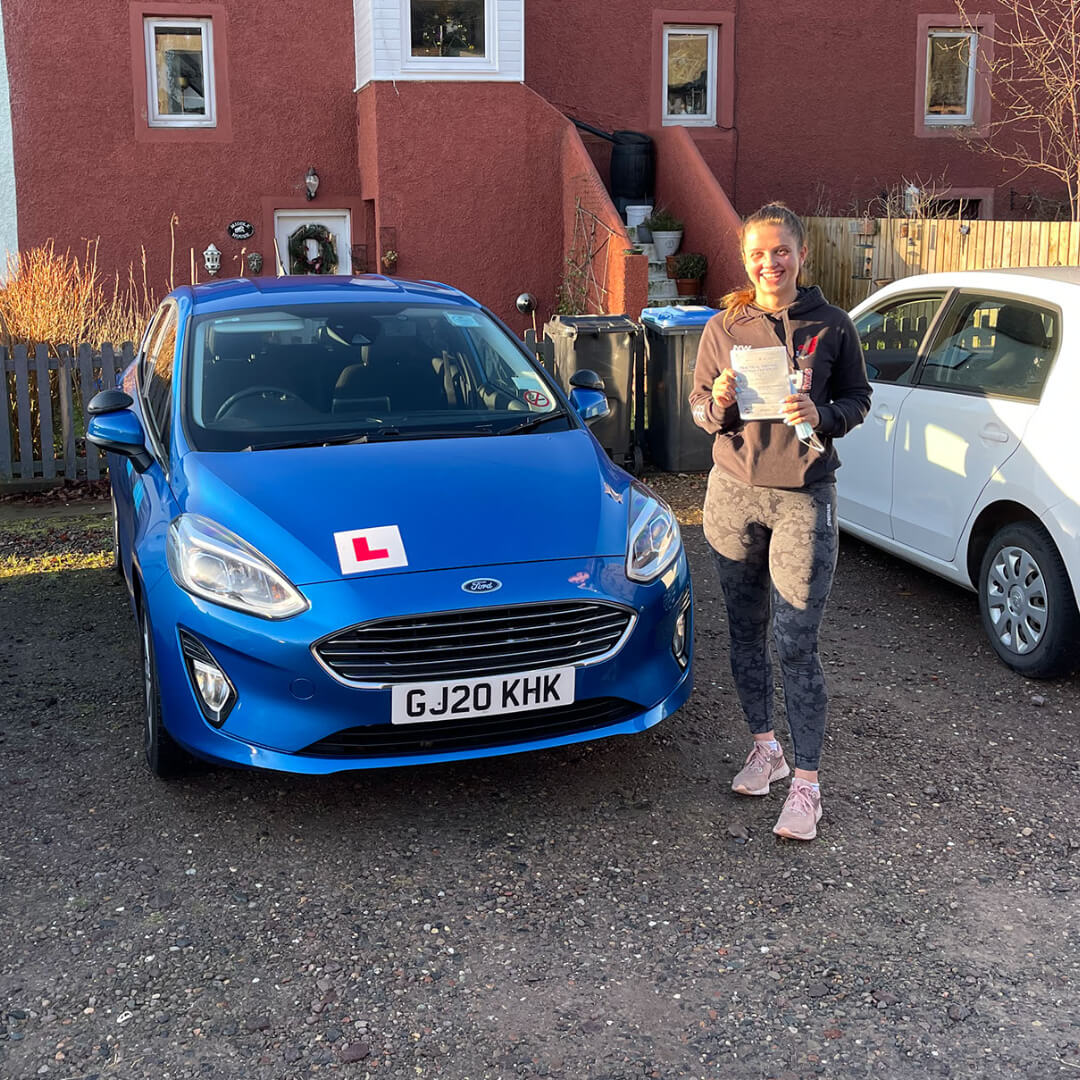 Excited about starting driving lessons Nairne got in touch about learning to drive as soon as she turned seventeen. Living in Romannobridge in the Scottish borders having a driving licence was going to be life-changing. The freedom Nairne would get especially as she is lucky enough to have her own car.

In the summer I had the pleasure of teaching Nairne’s older brother and he had been very successful not only passing his driving test on his first attempt but doing so with no faults which is very impressive! Nairne was very enthusiastic when we went out on her first driving lesson, we covered the basic skills going through starting and stopping and how to drive in and out of junctions.

We discussed that living where she did that heading up into the Edinburgh area rather than the Peebles area would probably be a lot better. Not only would Nairne learn faster, but the level of driving would be so much higher. Nairne had free time from school on a Thursday morning so we carried out regular lessons in this timeslot, heading into Edinburgh getting to grips with the bigger roundabouts and busier features that exist in Edinburgh.

Nairne was really lucky in managing to get her theory test booked and passed. This meant that as soon as we felt ready we would be in the position to book her driving test. We worked towards carrying out a mock driving test which gave us things to fine-tune and would get Nairne thinking about specific things. After a little focus on these areas, we got a driving test booked for before Christmas.

Nairne then started to head into Edinburgh with her dad to practice a little more in the area where she was going to be sitting her test. On the day of the test, I was really confident that Nairne would do well. I was delighted that not only did she successfully pass her driving test first time, she also managed to equal her brother passing on her first attempt with no driving faults. What a great result. Now Nairne can come and go from Romannobridge as much as she likes. Well done.