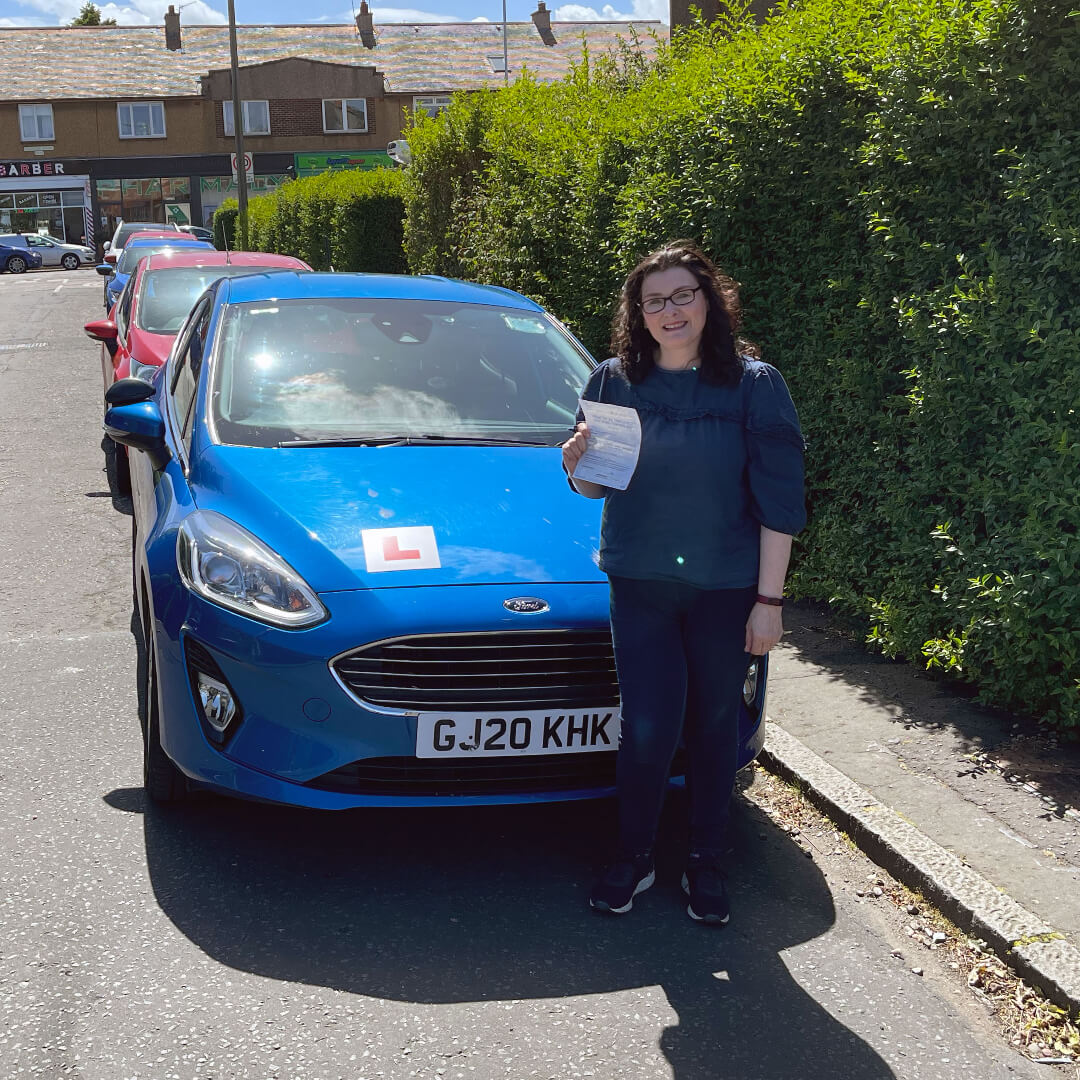 Carol got in touch after taking driving lessons with another instructor, she felt that she wasn’t progressing as well as she would like and had been watching YouTube videos in Edinburgh which is where she found myself. Carol worked very early mornings but because of this was free from midday most days. Due to Carol being so flexible with the days and times she was free to go out driving we arranged to go out on some driving lessons to see if I could help.

On our first driving lesson, we drove around a little to get a feel for Carol’s driving and see if there was anything in particular that we could address. After the first lesson, it was clear that Carol had a lot of skills that we could build on and a few things that would help if we managed to sort them out. Carol had a driving test booked and been told by her previous driving instructor that she was ready to go for it, however, after carrying out a few mock driving tests together we felt that there were still a few things that we needed to get a bit more consistent.

Carol worked so hard during driving lessons and in between driving lessons watched videos and thought about the process’ and sections of the road. From lesson to lesson we would adjust the plan trying to pull the final details together and increase Carolrs confidence. As the weeks went on Carol was really progressing and getting the hang of some pretty complex things, as the date of her driving test fast approached we were so close to being ready but felt a few more weeks would make all the difference. After discussing with Carol she managed to move her driving test back a few more weeks to create some time.

When the driving test did come around we were ready. I was really confident that Carol was going to do really well and she did. On a busy Friday afternoon after driving a pretty complicated test route I was delighted to find that Carol had passed on her first attempt. Well done Carol.