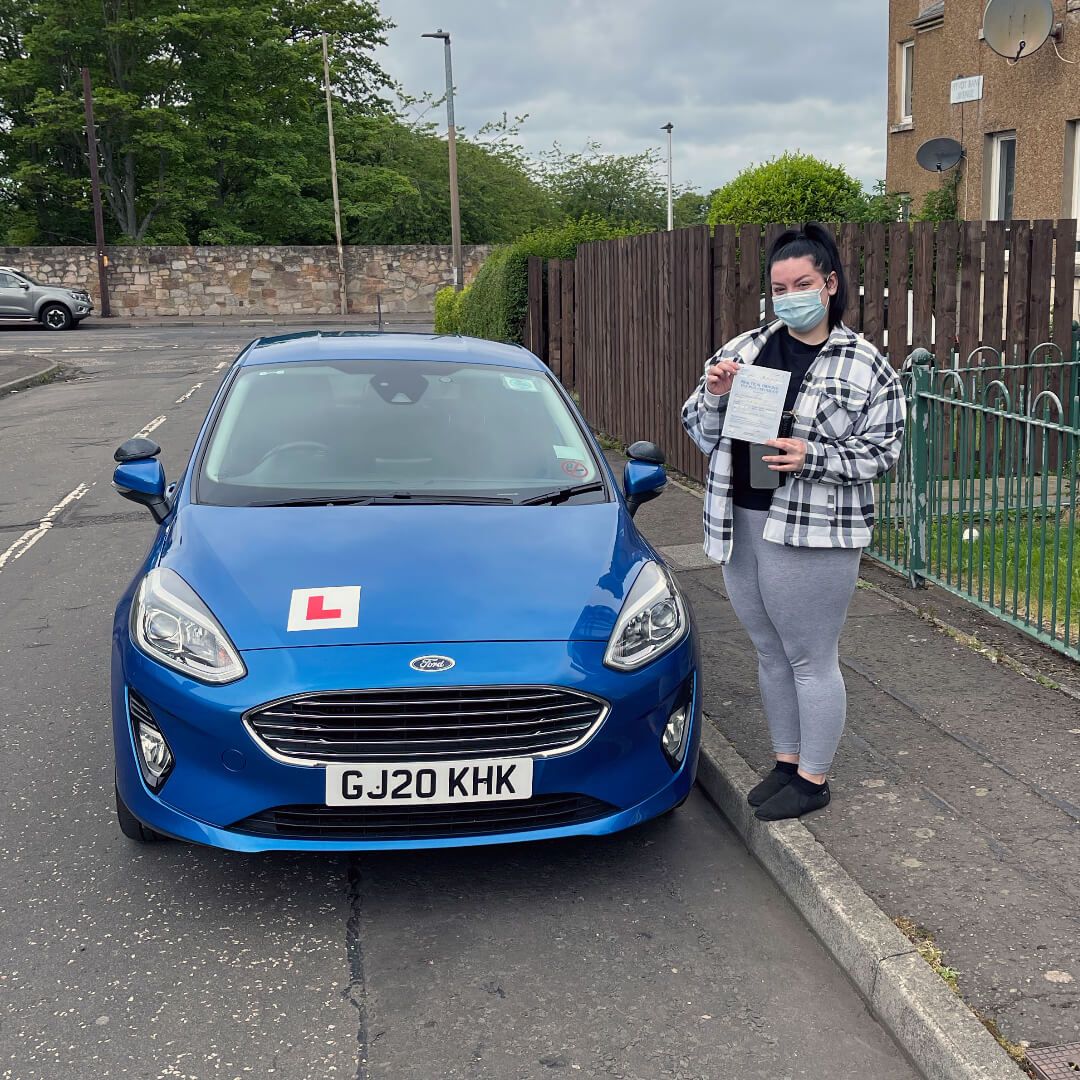 Lauren got in touch about learning to drive, she was looking for a driving instructor that could help with driving lessons on Mondays when she was off work. Lauren worked as a hairdresser so had most Mondays off work. This suited me. I had actually taught one of Laurens’s colleagues Laura a few years earlier. So the pressure was on to see if we could have the same success.

After going out a few times it was clear that Lauren was picking things up pretty quickly which was great. As we practised in Edinburgh some of the areas we were driving in just happened to be near her work also which was great s once she passes she will be very familiar with driving some of the roads around her workplace. As we made steady progress with driving lessons we needed to try and get the theory test organised so nothing was going to hold things up for us. When Lauren was looking for driving tests we were still at the tail end of coronavirus restrictions, this meant finding and booking a theory test in Edinburgh was more of a wait than usual.

Eventually, Lauren successfully managed to sit and pass her theory test which was very exciting as it was now time to get ready for the practical driving test. Lauren managed to book a test in Edinburgh at the Currie test centre for June. With a few things to fine-tune, we were hard at work during driving lessons. Doing anything that Lauren wanted trying to make her feel ready for whatever she might be asked to do during the driving test.

On the morning of Laurens’s driving test, I collected her early and we left hers for one final practice. Lauren was very nervous but I had full confidence that she would do well. Lauren did amazingly. Passing on her first attempt. Well done.