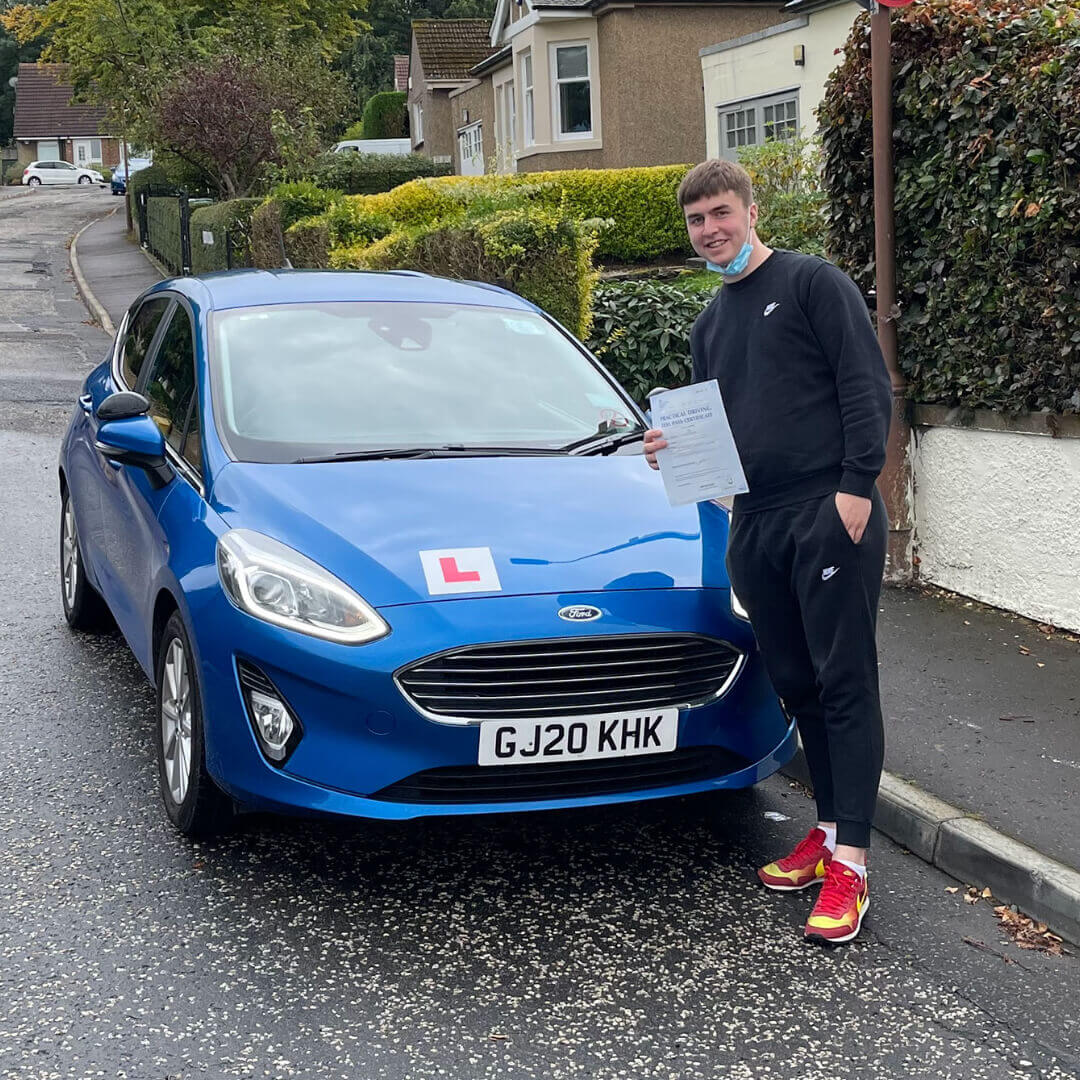 Ramsay started driving lessons in the summer of 2021, due to the second covid lockdown in Scotland at the start of 2021 I was running a little behind and needed a few weeks to get more people through their driving tests before we could begin. I had had the pleasure of teaching Ramsays older brother Cameron to drive a few years earlier, I remember he took to driving very well and understood everything we talked about so I was hoping that Ramsay would be the same. We arranged a large 3-hour lesson, to begin with, this gave us a chance to get things off to a flying start. From never having driven on the roads we had Ramsay driving through Morningside in Edinburgh by the end. I was really impressed with how he managed to get the hand of eveything.

Ramsay was lucky enough to get to practice in between driving lessons in his own car, this meant progress was going to be faster than we could actually get a test and get on the road. So what we did after a few weeks of going out regularly was we stopped going out until Ramsay managed to book and pass his theory test. This took all summer then I was delighted to receive a message from him saying that he had passed his theory test. I told him to book a test as soon as he could, he managed to get a cancellation for the following week. We arranged to go out driving two more times, we carried out a mock test on the first outing and then tightened things up on the second. I was really confident that we would be good.

Ramsay did really well passing his driving test on his first attempt following in the footsteps of his brother. Well done.