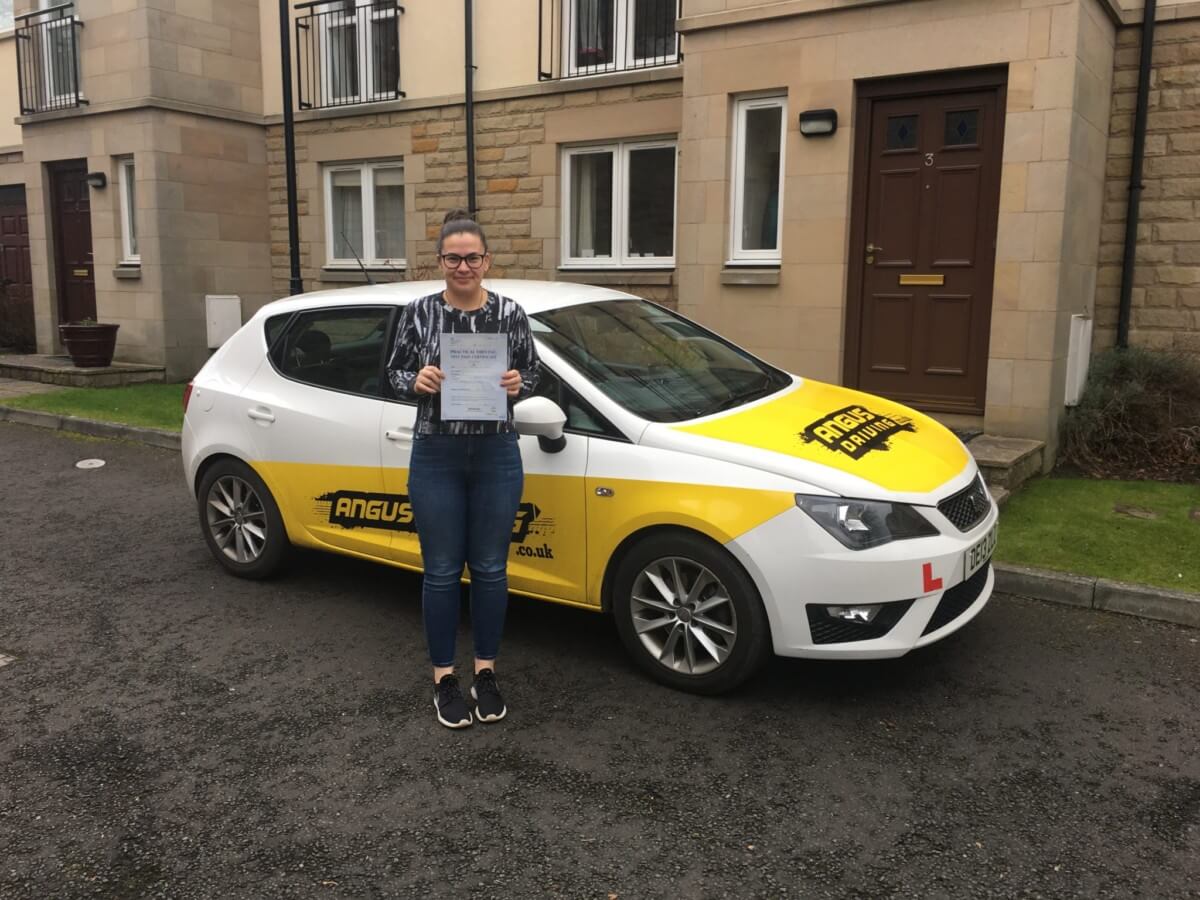 Bronagh got in touch about learning to drive after one of her friends Lewis successfully passed at the end of last year. Bronagh had already had driving lessons previously but never brought it together enough to sit a driving test. After we started doing driving lessons in Edinburgh it was obvious that Bronagh had lots of skills already. We just needed to perfect a few things to get her ready for her driving test. To add to the pressure Bronagh was all set to move from Edinburgh to New Zealand at the end of February. Bronagh wanted to see if she could pass before she left Edinburgh. I thought it would be possible, we would only have one shot to try it, but if we were very accurate and strict in practice it would hopefully be okay. We upped the pace of the driving lessons with this deadline in place. Learning at a very fast and intense speed. Bronagh managed to cope with it though, progressing during every driving lesson. We had the test booked for as close to when Bronagh was departing as possible to give us as much time to prepare as possible. Before we knew it we were in the week of the test and had one more lesson left to master anything that Bronagh was uncomfortable in the Edinburgh area. We started first thing on the day of the test managing to cover a little bit of everything before the test. Bronagh managed to handle the pressure passing her driving test first time on Edinburgh setting her up for her very exciting new start in New Zealand next week.