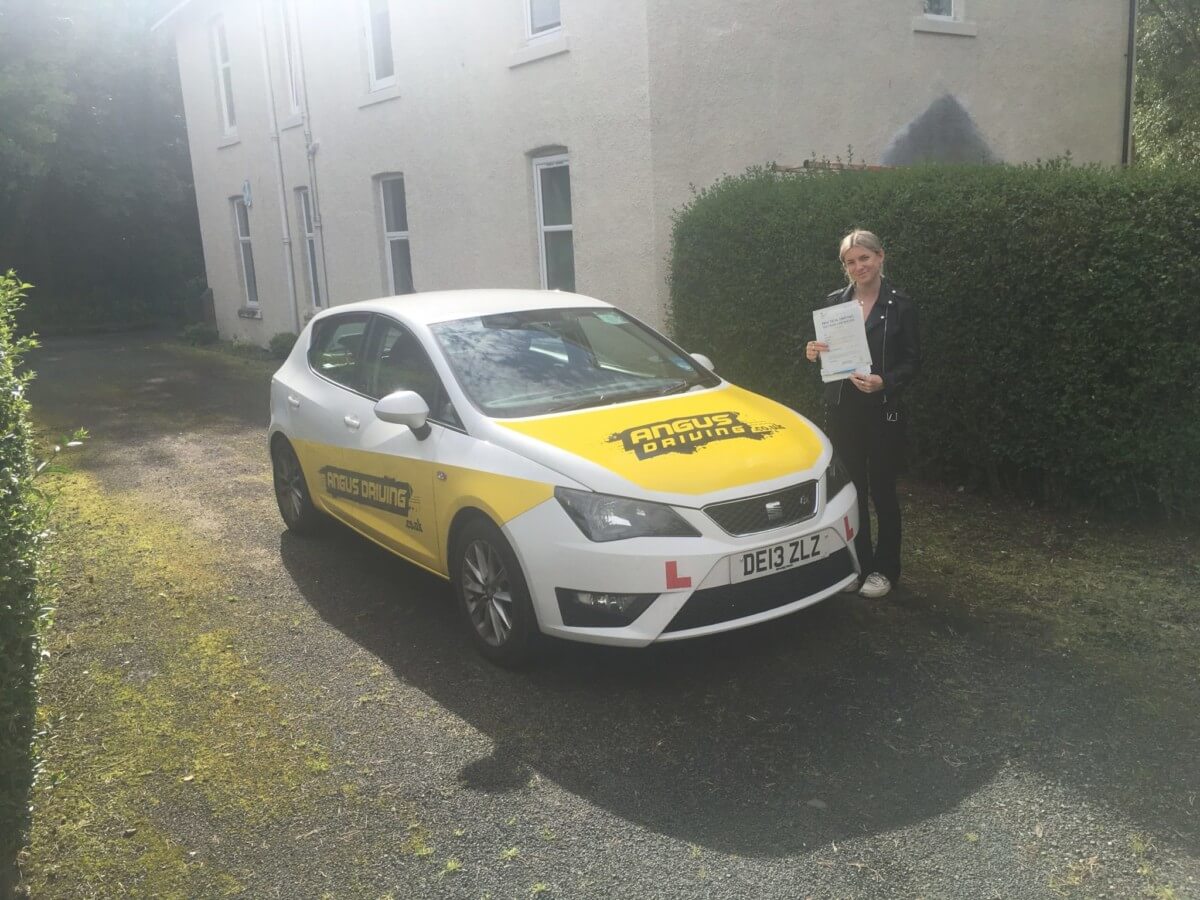 Lisa actually began driving lessons when I had not long started as a driving instructor when she was seventeen. We managed to cover everything but I had to stop for an operation and Lisa then began a new job at the time and didn’t see the driving through until the end. At the end of last year though Lisa got in touch to say that she wanted to see the driving through to the end. We picked things up where we had left off and Lisa hadn’t forgotten anything since we were last out which was great. Lisa managed to get her theory test completed soon after starting driving lessons again. This meant that as soon as we were ready we would be able to book the test. After a number of mock tests and fine-tuning things, Lisa felt good to go for the test. We had it booked just after rush hour in the morning in Edinburgh. Lisa drove really well the hour before her driving test so hopefully, she was going to be able to do the same with a little bit of pressure. I was delighted to see that she passed on her first attempt in Edinburgh. Well done.