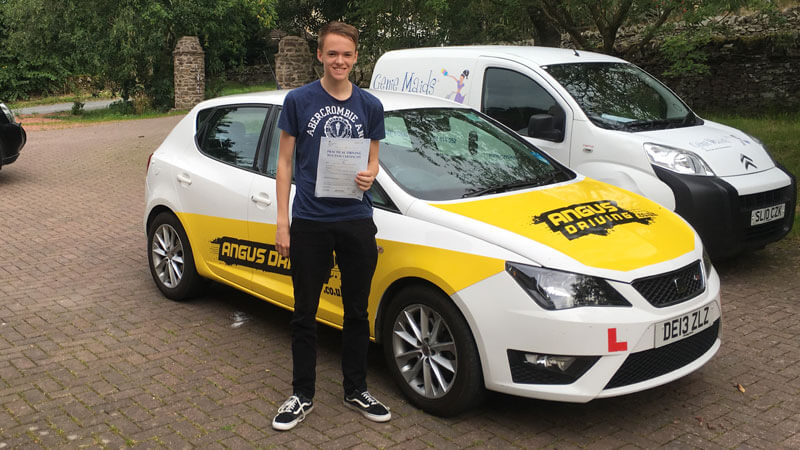 Ruaraidh started driving lessons during his exam leave this year we had gone out once in March as I didn’t have enough space to start regularly with him. When we went out in March we tried to run through the basics so Ruaraidh could fine tune these skills and hopefully we could progress fairly quickly. This worked well as when we started driving lessons regularly in May Ruaraidh had managed to do a lot of things with his mum and dad so had a lot of skills we could build on. We started practicing in Penicuik before heading into Edinburgh to drive around areas that were on the Currie test routes. Ruaraidh was doing very well and progressing so much after each lesson. When the summer holidays were underway Ruaraidh managed to get his theory test sat and passed freeing him up to sit the practical test when he felt ready. Ruaraidh was going into his final year at Peebles high school at the end of August and with his timetable for sixth year he had a few days that he finished early. Being able to drive was going to mean he would be able to get home on these days hassle free. Ruaraidh managed to find a cancellation and was all set for a test first thing in the morning. The practice before all went to plan which was great, now all Ruaraidh had to do was show the examiner he could do it. Ruaraidh did this no problem passing his driving test first time in Edinburgh with only two faults, a fantastic result! Well done.